Like many multi-generational shops on Maui, the Hasegawa General Store is a part of the island’s history. 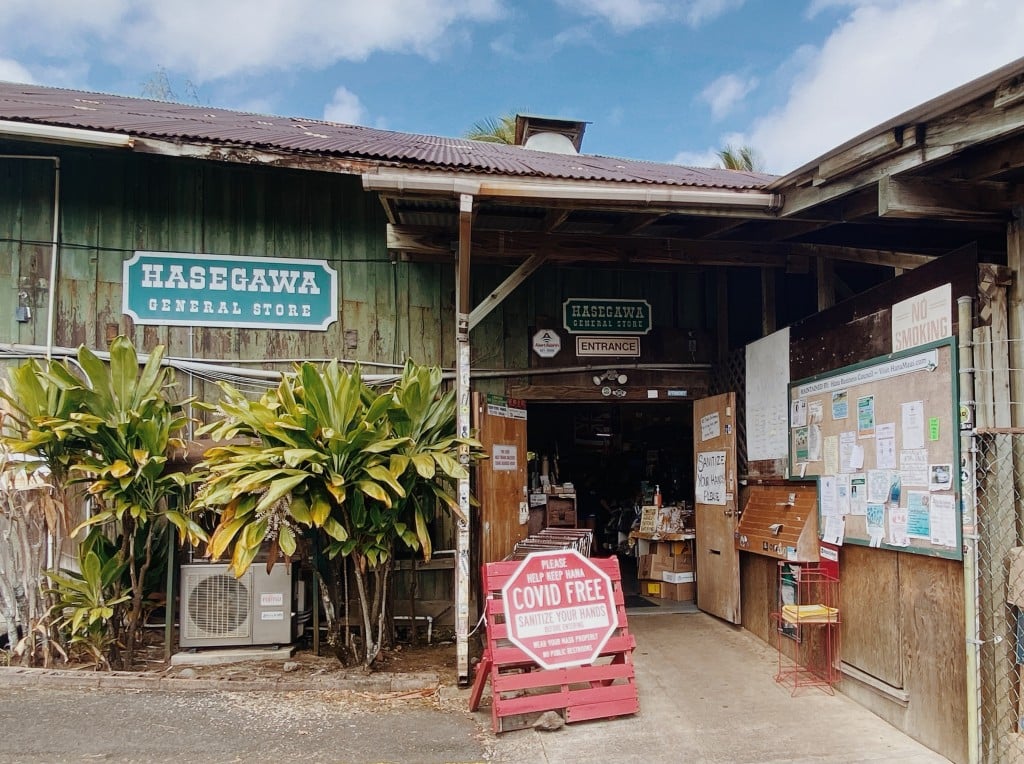 When there are no big box stores in sight, and you’re in need of a screwdriver or hungry for a snack, the Hasegawa General Store has you covered.

“That’s why we’re here, to help people out,” says Neil Hasegawa, the manager of the century-old business. For generations, the Hasegawa General Store has accommodated both Hāna residents and the growing number of visitors. From postcards to engine oil, and kombucha to wine, the shelves of the tin-roof shop are lined with a broad array of products.

The Hasegawa General Store can be found in Hāna, Maui, a remote town famous for the precarious yet picturesque road to the region. In the secluded community, time moves slowly. There are no busy streets lined with shopping plazas or chain stores. Rather, the small number of businesses are operated by residents and families, a glimpse of what life on the island looked like decades ago.

In 1910, Neil Hasegawa’s great-grandfather, Shoichi Hasegawa, started the Hasegawa General Store with his brother, Saburo Hasegawa. More than a century later, the brothers’ convenience store continues to serve as an essential outpost in Hāna.

The same year the Hasegawa General Store opened its doors, Shoichi Hasegawa’s first child was born, Toshimasa Hasegawa. Eventually, his firstborn became the manager of the store in 1933. Twenty-five years later in 1958, Toshimasa Hasegawa constructed a new brick building. However, the shop remained an unassuming, family convenience store, filled with peculiarities and eclectic merchandise. The charms of the shop even compelled Paul Weston, the composer known as the “father of mood music” to dedicate a song to the store in 1961. The merry song is aptly titled, “The Hasegawa General Store.”

“As you walk through the doorway what a great surprise,

There’s a wonderful variety of merchandise,

It’s all spread out there before your eyes,

At the Hasegawa General Store.”

Unfortunately, a disastrous fire ravaged the store that inspired Weston’s song. The 1990 fire left the shop unsalvageable. Only postcards and photos preserve the Hasegawa General Store built by Toshimasa Hasegawa.

Although the storefront was destroyed, the Hasegawa family business persisted. Maintaining the original purpose of the store, the Hasegawa family continued to supply the Hāna community with their essentials. “The hotel and ranch were gracious enough to let us use the theater,” Neil Hasegawa recalls. “We renovated the old Hāna theater and turned it into a retail space and that’s where we are now.” After the fire, the store kept their entire crew employed, clearing the site and establishing the new Hasegawa General Store. 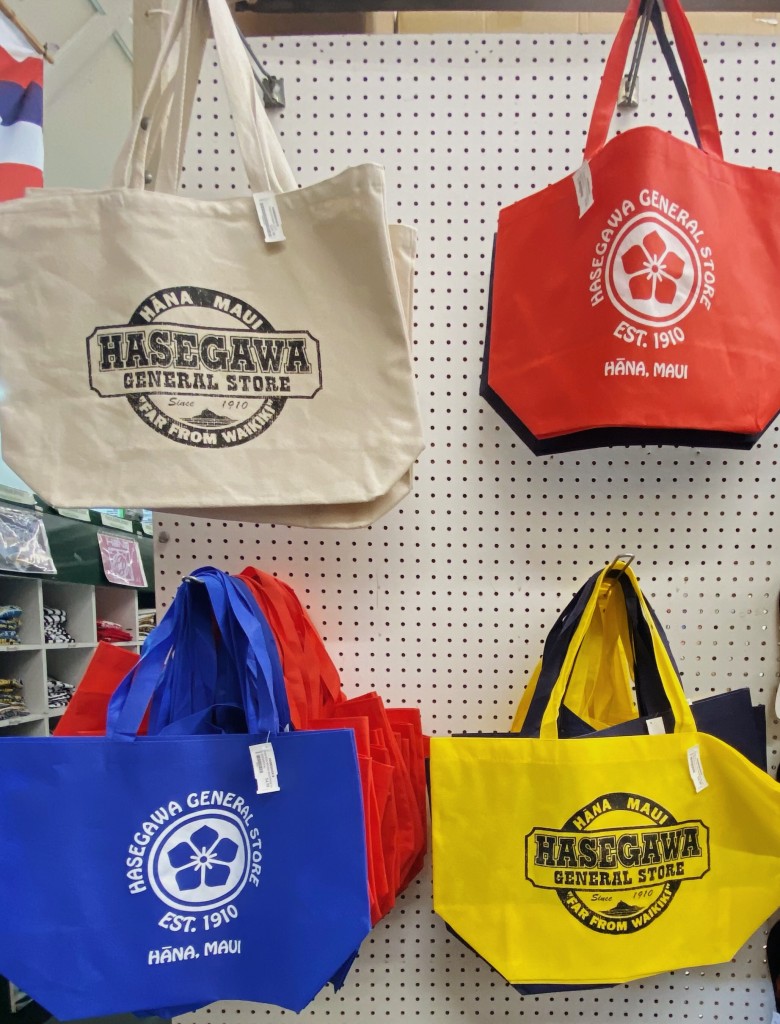 After the fire, Neil Hasegawa intended to rebuild his family’s storefront at the original location but faced funding and zoning obstacles. Instead, the property is home to a collection of food trucks. “Right now, back at the old site we have a food truck court with about six food trucks,” he says. “We’re trying to give people an opportunity to start their own business and make a go of it.”

While the physical structure of the store has changed throughout the decades, operating the business has remained a family affair. Harry Hasegawa, Toshimasa Hasegawa’s first son of four, returned to Hāna to help run the store after completing college and serving in the U.S. Army. Harry Hasegawa’s three children, Neil Hasegawa and his two sisters, also contributed to running the mom-and-pop shop while growing up in Hāna.

Once Neil Hasegawa finished college, he too returned to Hāna to help his parents operate the mom-and-pop shop. In the 1990s, Neil Hasegawa became the manager, making it a fourth-generation owned and operated business. 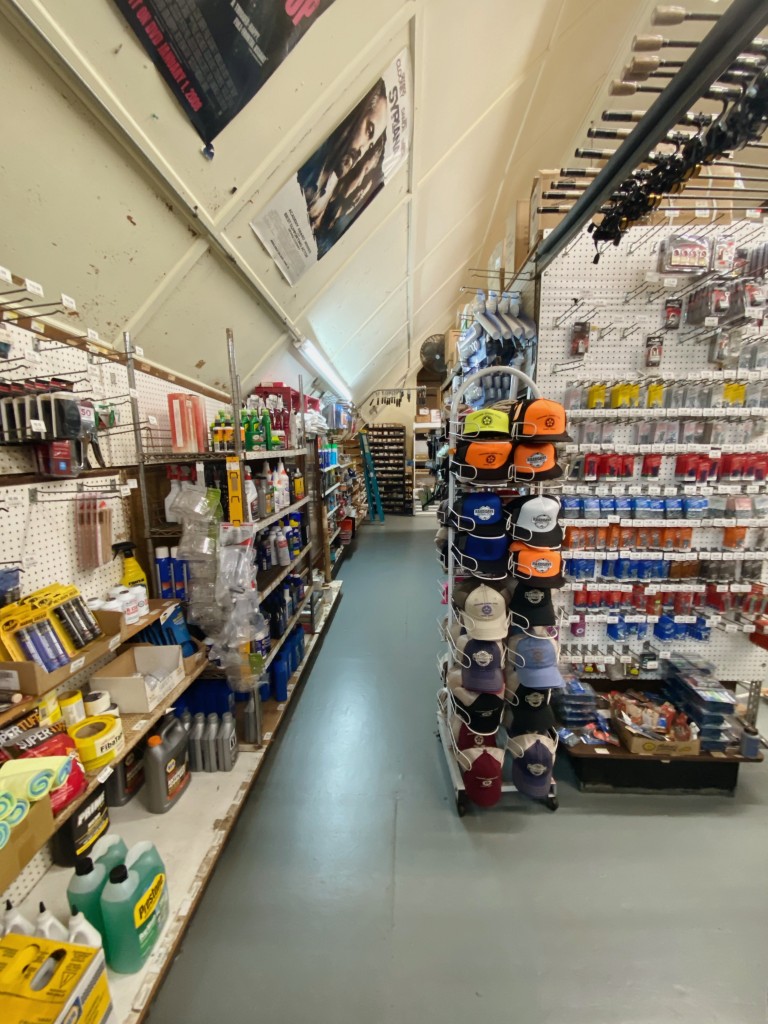 From engine oil to fishing supplies, the general store provides a broad assortment of merchandise for Hana residents and visitors.
Photo: Courtesy of Hasegawa General Store

Multi-generational stores, like the Hasegawa General Store, capture the essence of an early era in Hawaiʻi. In the late 19th century, waves of immigrants arrived to the Islands seeking new opportunities, which often led to working on plantations. Along with Native Hawaiians, the Chinese, Japanese and Portuguese contract laborers became the Islands’ local residents. Shortly after, immigrants from Europe, Korea and the Philippines arrived in Hawaiʻi as well.

The entrepreneurial spirit filled many immigrants. When contracts with the plantations finished, they opened their own stores and became their own bosses. For many businesses, managing the shop was an entire family effort, which would be passed down like keepsakes for future generations.

It comes as no surprise that the surviving mom-and-pop shops in Hawaiʻi are often patronized by multiple generations within a family. A customer can order malasadas from the same bakery their grandparents frequented or buy fishing supplies from the same general store. Spanning generations, these stores are a part of the Islands’ unique history, reflecting the inclusion of diverse cultures and evolving times in Hawaiʻi.

Although Maui looks much different than it did decades ago, the significance of community remains paramount, especially in a remote town such as Hāna. “What’s really interesting is the spirit of the small community,” says Neil Hasegawa. “In all of this madness and growth on the island, that’s one thing that I’ve noticed stays constant–the spirit of the small Hawaiian town in Hāna.” Driving on the roads, residents wave to each other and it’s not uncommon to run into a former classmate or neighbor–which happens often for many Hawaiʻi residents.

“Not too long ago, I was helping my classmate from Hāna School and he needed a specific bolt,” Neil Hasegawa recalls. “He had a sample bolt, so we went in the back and we had it in stock. He said, ‘Neil, you saved me again. It was just two bolts that I needed and if you weren’t here, I’d have to go all the way to Kahului to go get it and come right back.’ That makes me feel so good. We don’t sell a ton of something, but it’s so helpful.”

As a Hāna outpost for groceries and household essentials, Hasegawa General Store has saved countless customers the two-hour trip to central Maui. Hasegawa admits Hāna’s isolation has helped the store survive for 122 years. “We can’t match the prices of Walmart, Costco, Home Depot and Lowes, but the road insulates us from that,” he says. “That was the downfall for many of the family grocery stores here. You have a hard time trying to compete with the big box stores, but you need to promote service and find a niche.”

It’s also that same seclusion and snaking drive that creates distinct challenges to the convenience shop unlike at other grocery stores. Typically, businesses work with wholesale companies such as Pepsi, Coke and Meadow Gold to supply their inventory. “In a regular supermarket, they come in to stock your shelves, they pull spoilage and out-of-date stuff. All the store needs to do is sign for it,” Neil Hasegawa explains. “We don’t have any of that. We have to stock it.” Hasegawa works with a private freight company that provides a refrigerated and dry truck. “They go out almost everyday and they bring in freight for us, Hāna Store, the gas station and the hotel. That’s been a normal thing throughout the years,” he says. 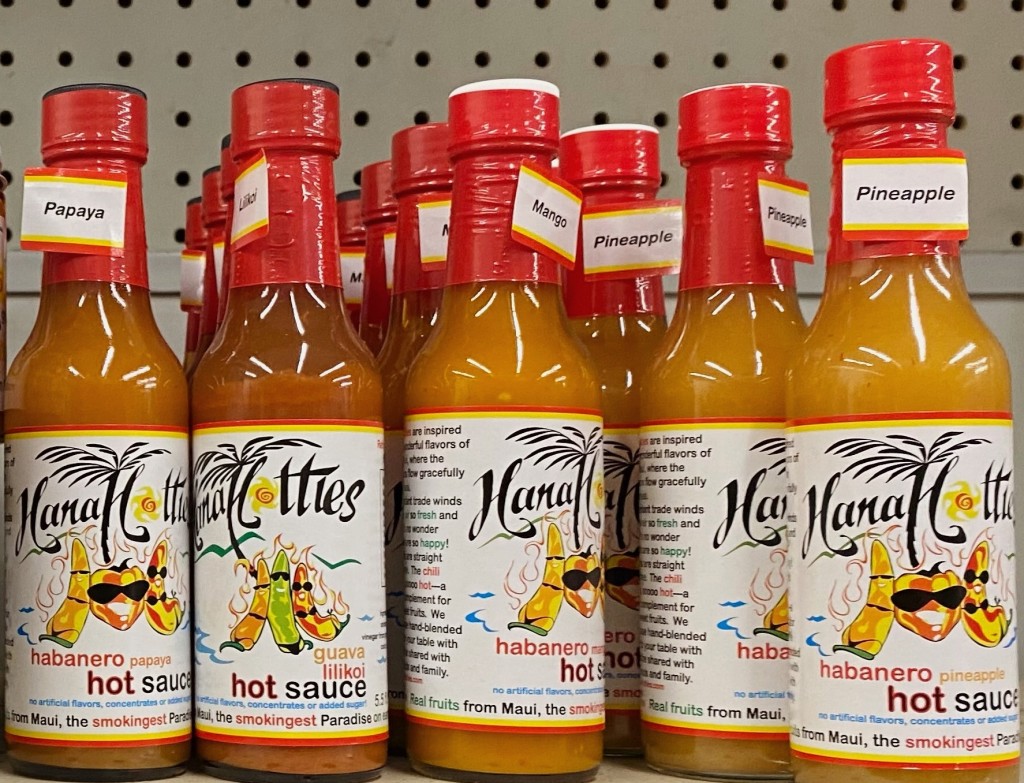 Hasegawa General Store also works with local suppliers in Hāna, including farmers and vendors from the town’s farmer’s market. “What they don’t sell, we try to buy from them and move it–that way they got other avenues for their unsold products,” Neil Hasegawa says. Along with goods from the farmer’s market, products tagged “uniquely Hāna” are dispersed on the store’s shelves. The tags identify merchandise that you won’t find outside of the town, such as Hāna Hotties hot sauce. Supporting Hāna’s entrepreneurs and local businesses is a priority for the general store as they share a similar entrepreneurial drive to the Hasegawa brothers back in 1910.

And 122 years later, the Hasegawa General Store is Maui’s oldest family-owned business. Generations of residents and visitors have walked into the store to purchase a bag of coffee or a pair of slippers. Unbeknownst to many customers, the Hasegawa General Store isn’t only a convenience store. It tells the story of many mom-and-pop enterprises that have served Maui’s communities and reflect Hawaiʻi’s history.