Every Summer, since 2019, a group of teenage girls from East Maui come together to surf, swim, paddle canoe, and connect with their Aina and with one another. Hāna surfers Lipoa Kahaleuahi, 33, and Monyca Eleogram, 31, who both grew up surfing competitively on a national level, team up with women in the Hāna community to give East Maui girls mentorship and a safe space to simply be themselves.

In Hawaiian society of old, men and women typically fulfilled separate roles within the kapu system; Men in canoes pursued large, deep-sea fish, while women gathered limu (seaweed) and ‘opihi (shellfish) from the shoreline. In Hāna, however, it is documented that women fished both in the shallows and the deep, “redefining gender roles of the time,” Kahaleuahi said. 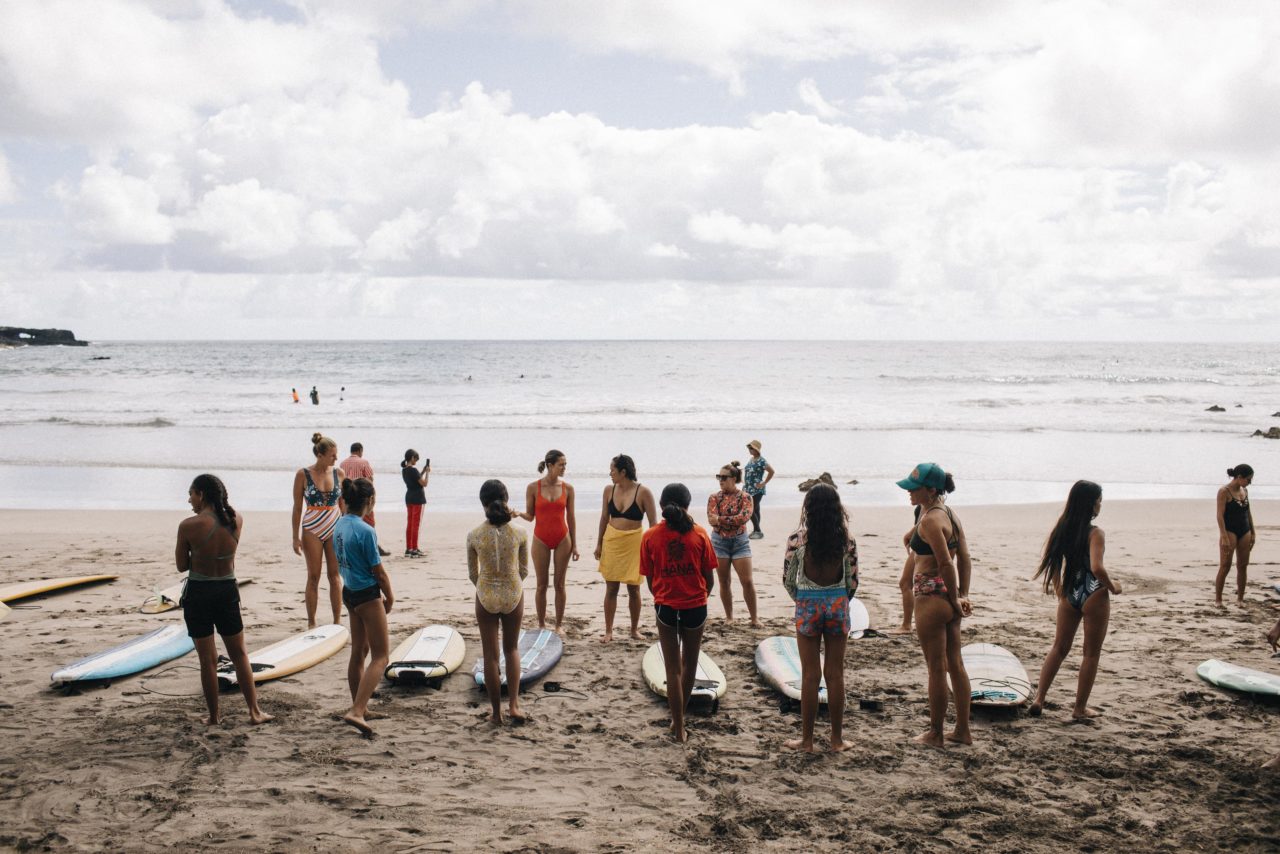 Read the rest of the article…